If you don’t like something, create something new to challenge it. 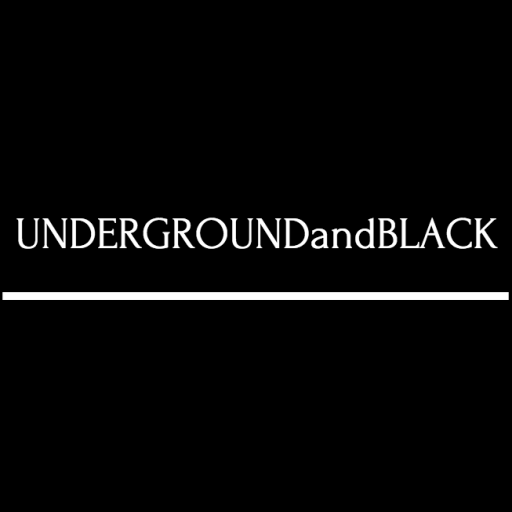 Well, its been a while, and I apologize for that. Sometimes its far too easy (for me) to get caught up in the hustle and bustle of everyday life. Last time I wrote I was coming down from my House In The Park high, and today, I sit here feeling extremely enlightened and motivated moving into my second year of being a “professional” DJ. Yes, I’m using the term “professional” extremely loosely,  but I’m making moves and getting paid, so that attributes to some sort of professionalism. Right?

I played NYC last weekend which was fun, although I think I drank a little too much during my set at Black Flamingo, and ended up misplacing one of my USB’s. I realized this the following morning as I went to prepare for Lot Radio, and definitely felt a punch to the gut. While there is a chance it perhaps fell onto some random street corner and got stepped on, there is also the chance that someone got a ahold it, (and lucked the fuck up on a shit load of music.) It sucks to say the least, and its apparent that I gotta start keeping my shit in order at gigs.  I can’t deny I’m a sucker for vodka cranberry’s, but you really gotta take care, and be aware of your belongings…whether it  be headphones, usb’s, records, etc…things come up missing and its never fun. Lesson learned. On the brighter side of things, I enjoyed my set, the club had a nice turn out for a Thursday, and for the first time, I felt as if I eloquently mixed via rotary mixer…turning those knobs really is an art of its own.

Lot Radio was another highlight of the trip, and I felt a sense of responsibility having the opportunity to host my own show on Friday night. Carry Nation and Analog Soul had the slot before me and it was really awesome to kick it with such respected artists and members of the dance music community. Its mind boggling playing alongside people like this, being that I wouldn’t have imagined this possible a couple years prior when I saw Analog Soul play at SmartBar in Chicago. I was so inspired when I saw them up there, and was hella proud to see two Black women controlling the dance floor with such strength and soul, and now, of course, things feel full circle.

Speaking of strength and soul, the weekend prior to NYC, was AfroPunk, which I’m sure some of you wanted hear about. I have decided to not go into full detail about some of the shortcomings I faced, but looking back on the day in itself, it was fun, and a great opportunity. AfroPunk being my first festival appearance felt extremely appropriate, and it was an honor to be there representing what I felt, was black people/women in dance music. While AfroPunk is pretty eclectic with their musical selections, the percentage of House Music / Techno DJ’s is still pretty low. When I first got booked for it, I immediately started thinking about all the hip-hop and soul edits I could potentially play….then as time passed I decided I would stick to my roots and play what I normally play… that’s the freedom of being an artist, and I don’t ever want to lose touch with that.

Due to some scheduling issues, my first set got cancelled, and I was to only perform my second set, which was from 10-11PM…the same time as Solange, the festival headliner, who everybody and they momma (including myself) wanted to see. I already knew my stage wouldn’t have much of an audience,  I mean, I can’t compete with Solange…lol. I had a crowd of about 15/20 throughout my set, and I’m glad that my friends were there to support me, it actually wasn’t so bad anyway. Random people would walk up and start dancing, clearly intrigued by sounds that were more then likely unfamiliar to them, and it felt good. It was crazy being back at work the next day…I went from being a respected artist with my own dressing room, to back sitting behind a desk kissing ass in a matter of less than 24 hours. Damn.

Next up is Milwaukee, and I’m ready. This will be my first time playing in the Midwest outside of Detroit, and I have a feeling I’m in for a treat. Playing gigs across the US has been a great experience, and I def still have a few more cities on my radar…LA, Miami, Chicago, and Pittsburg, to name a few. After this Milwaukee gig, and after Expressions the following weekend I’ll be pretty much open in terms of bookings. My local bookings have slowed down, and I’m taking this as an opportunity to brainstorm and get better. I’ve been peeping folks on social media griping about not being booked locally, and only getting respect outside of their hometowns, which I understand could/can be frustrating. I know I haven’t been out here long as a DJ, but the best advice I could give to those feelings is to quit focusing on who “doesn’t fuck with you”, and start focusing on who does. Not everyone has to like you or support you, and I’m just now really accepting that. It sucks, but thats just one of harsh realities of  this shit. I think complaining is counter productive when you could simply start creating your own platforms to showcase those  you feel are being overlooked (yourself included.)

One of the main reasons I started Expressions, or even thought of it, was because I wanted to start headlining and getting more playing time at my gigs. I figured, if its my party, I have control to set it up the way I see fit. Who cares if everyone isn’t booking you, its not their obligation to imo. Some people won’t book you bc they legit are a hater, and some may not book you because they legit don’t like your sound….thats their problem, not yours. I guess all I’m saying is that I rather focus on the good shit thats happening rather than whats not. If you don’t like something, create something new to challenge it. I used to get in my feelings when certain people would ignore my accomplishments, but at this point I really don’t care anymore. I’m focused on me, those that support me, and achieving goals. And honestly, people will come around if you keep shining and doing your thing…they’ll have no choice than to respect you in the long run.

In closing, I just want to say thank you….again. I’m moving into my second year of this journey and I don’t know where the hell I’d be if weren’t for so many of you that believe in me and trust me enough to be apart of your visions. Later this week I’m going to be on fucking NTS radio, and I been smiling all day. The day before I got the email, I thought to myself how NTS would be 2018 goal, and now here I am knocking it out much sooner than I expected. I know its not easy out here, and I know I’ve been blessed to accomplish so much in so little time, but best believe my work is far from done. I still only know a small percentage of this trade and lifestyle, and I’ll forever be a student. That being said, I’m eager to blossom into what I one day hope can be a long term career as a DJ and person of color keeping the visions of American underground dance music alive.

Ash Lauryn is a DJ, Writer, and Radio Host from Detroit, currently based in Atlanta. View all posts by Ash Lauryn

I’m Ash Lauryn. A DJ and Freelance Writer from Detroit, currently based in Atlanta. Welcome to my space, where I make the rules.